As we head towards the weekend let me remind you of the special reception that will follow our worship on Sunday. We have the chance to ‘welcome back’ Emily Louise and Charles Zimbrick-Rogers and to ‘Welcome to the World’ their new baby, Louisa.  Emily and Charles (and Louisa) are house-hunting this weekend and will return to Norfolk in July. Charles will be assigned to the Navy Hospital in Portsmouth and Emily will join us as in intern (part of her requirement for the M.Div. program at Princeton Seminary).
If you would like to help with the reception please contact Janis (janiscampbell58@gmail.com). Some of us will be bringing ‘shower gifts’ to welcome Louisa (and help out Mom and Dad), but all of us are welcomed and encouraged to come to join in on the celebration.
One other item today: We are making progress on the new room renovation but still need some help with painting. A few tasks remain: one, we need to finish ‘cutting in’ the ceiling paint all around the room; we need to put the second coat on the baseboards and doors and windows; and we need to do some touch up on the walls. If you could donate some time to the project over the next week we should be able to get the painting done in the next week. Then we will clean the floors, wire for AC and move in some furniture and we will be good to go!
If you can lend a hand please let Clark (clarkgarvin@cox.net) or Janie (maryjaneatwood@gmail.com) know.
Looking forward to worshiping with you on Sunday.

For those who live paycheck to paycheck — or who would love to HAVE a paycheck!—these remain anxiety-riven economic times. After all it is exceedingly difficult NOT to be anxious about what you will eat (or what you will feed your kids) when you are not sure IF you will have anything to eat, (or to ‘put on’ or the wherewithal to keep a roof over your head).

It is very difficult not to be anxious in those kind of circumstances.

Jesus gets that, he understands that, but he also knows how useless anxiety is!

‘And which of you by being anxious can add a single hour to his span of life?’

It’s a good question- a great question for those of us prone to anxiety. Anxiety may be a natural human response to extreme circumstances, but it is utterly unhelpful and ultimately destructive. It will eventually ‘eat us up’.

So, what is the alternative?

Trust in the goodness and the power and the purpose of the ‘King’ (The Creator and Redeemer of all), and our seeking after his Kingdom (that assured vision of the ‘New Heavens and New Earth’ where God’s will ‘will be done on earth as it is in heaven’).

IF we trust that ‘our heavenly Father knows that we need all these things’ AND – in the midst of the trying circumstances – ‘seek first the kingdom of God’,

THEN the promise is ‘all these things will be added to you.’

I am struck by the correspondence of this teaching with the beginning of the Lord’s Prayer:

It begins with TRUST – ‘Our Father in heaven, hallowed be your name.’

It continues with SEEKING – ‘Your kingdom come, your will be done, on earth as it is in heaven.’

It then arrives at PETITION – ‘Give us this day our daily bread….’

The first petition is for provision (We truly NEED these things; they are not incidental nor unimportant).

But the ‘petition’ follows and flows from the ‘trust’ and the ‘seeking’.

It is absolutely vital in times of anxiety that the Christian community not only ‘prays’ the Lord’s prayer, but ‘lives’ it!  That the Christian community refuses to give in to anxiety, and instead, purposefully and intentionally shapes its life according to the pattern of Jesus’ prayer: To trust in the goodness of God, to align ourselves with the purposes of God, and then to petition confidently for the provision of God.‘

I was struck this morning by the simplicity, and the power, and – dare I say the audacity – of the word of God!

Think about what the Scriptures tell us about the ways of God:

‘In the beginning’ God spoke – ‘Let there be…’ and creation itself sprang into being! Eight times in Genesis 1 we read ‘And God said…’ and things happened, indeed ‘things’ came into being!

Then, we are told, ‘in the fullness of time’ (Galatians 4:4) God spoke again – ‘And the Word became flesh and dwelt among us’ (John 1:14) – and God’s redeeming work came to its climatic and dramatic and salvific end (a ‘work’ that began with the ‘call’ of Abraham and involved the long and complex history of the people of Israel, a ‘history’ that was for the nations!).

Then, Paul tells us, that when men and women speak about this God and what he has spoken into being (creation and redemption), that God himself speaks through their words and ‘calls (them) into his own kingdom and glory’ (1 Thessalonians 2:12).

THAT is what Paul is so thankful for in today’s reading from his first letter to the Thessalonians. When HE proclaimed the gospel – when he told the story of this creating-and-redeeming-speaking-God- THEY not only ‘heard’ a word from him, but ‘heard’ and ‘received’ and ‘accepted’ the ‘word of – and from –‘God’.

But not only is he grateful for that, but he is thankful that, having heard and received and accepted this ‘word of God’, this ‘word’ has taken up residence in them and is now actively continuing God’s ‘re-creating/redeeming’ work (‘the word of God, which is at work in you believers’ 2:13).

That, according to the apostle, is how this God works!

Do you see what I mean by the simplicity, the power and the audacity of God!  He rests his work on the ‘hearing, receiving, and accepting’ of his word.

Have you ‘heard, received, and accepted’ that word of God and from God?

Have you opened yourself to its re-creating, redeeming work this morning?

God speaks. And when his people ‘hear, receive, and accept’, they are caught up in what God is saying!

In the midst of this nice weather, let me bring you up to speed on some of the recent developments (especially as they relate to our ‘building’):

First, we have concluded our renegotiation of our lease with Knox, accepted the provisions of the orginal leases extensions (at a reduced rate suggested by Knox!) and added a possible 3 more years of options.

Second, Knox has agreed to give us the use of their old ‘junk room’ (the large room next door to the Dwelling Place). This will become a useful multi-purpose medium sized room (almost the same size as our Fellowship Hall), and will allow us to have multiple things going on at any given time.

Third, to prepare the space for use, we have called two Work Days for the next two Saturdays.
This Saturday our plan is to clean out OUR Junk room (off the Ping Pong room) – to toss what needs to be tossed, to decide on what needs to be kept, and then decide how best to store it!). We begin the work at 11 am (after the Leadership Council meeting). If you can lend a hand (and especially if you would like to have dibs on the stuff we choose NOT to keep) we would appreciate it.

Next Saturday, May 17 we plan to have a longer work day to scrape, clean and paint the new space (it has not been used for over 40 years!). This is dependent upon Knox completely clearing the space (something Pete is determined to do asap). We will know by early next week if the ‘day’ is on but wanted to get the word out now and ask you to pencil it in. More on this next week.
Looking forward to worshiping with you on Sunday. 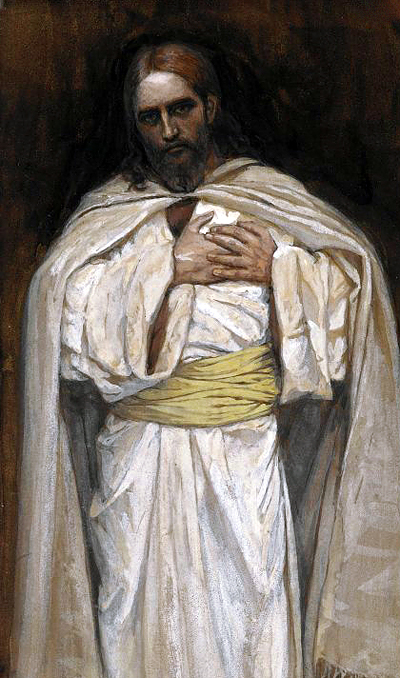 ‘To (the saints) God chose to make known
how great among the Gentiles
are the riches of the glory of this mystery,
which is Christ in you, the hope of glory.’
Colossians 1:27

There is absolutely no doubt that the Apostle Paul believed with all of his heart that something monumental had taken place in his generation;
that God, who was the Creator of all, the God who had entered into covenant with Israel, had fulfilled his promises to Israel for the creation; and had now made known ‘among the Gentiles’ no less- ‘how great….are the riches of the glory of this mystery’- the ‘mystery hidden for ages and generations but now revealed to his saints’ (1:26).

And what is this ‘mystery’ that had finally come to fruition and unveiled for all to see? ‘This mystery, which is Christ in you, the hope of glory’.

The mystery – what the long complex and multi-layered history of the covenant the Creator established with Israel was all about- had finally come to its surprising conclusion; namely, that the Christ of Israel (the Messiah, the Anointed One) was now resident within Gentile (as well as Jewish) believers!

Let that sink in for a moment: the climax of the Creator’s covenant with Israel on behalf of his creation finds its end in the indwelling of Israel’s Christ within ordinary human beings of all races- ourselves included!

As you attempt to let this sink in, let me remind you of what Paul has already told us about this Christ:

‘He is the image of the invisible God, the firstborn of all creation’ (1:15);
He is one through whom and for whom ‘all things were created’ (1:16);
He is the one in whom ‘all of the fullness of God was pleased to dwell, and through (whom) to reconcile to himself all things, whether on earth or in heaven, making peace by the blood of his cross’ (1:19).

I invite you this morning to let this truth, this mystery, sink deeply into your psyche. Let it stretch your mind, fill your heart, and overwhelm your imagination. The One in whom ‘the fullness of God was pleased to dwell’, the One through whom the Creator ‘has reconciled all things to himself’, THIS One dwells in you!

And as that truth sinks in, end your meditation where the lectionary ends Paul reflection this morning:

‘Therefore, as you received Christ Jesus the Lord, so walk in him, rooted and built up in him and established in the faith, just as you were taught, abounding in thanksgiving’ (2:6-7)