Since the early centuries of the Church, congregations have followed what has been called a “liturgical calendar,” known alternatively as the “Church Year.” The Church – the body of Christ – has developed a way of reminding itself of the life of Christ and the Church’s beginnings by following a pattern which repeats itself year after year. 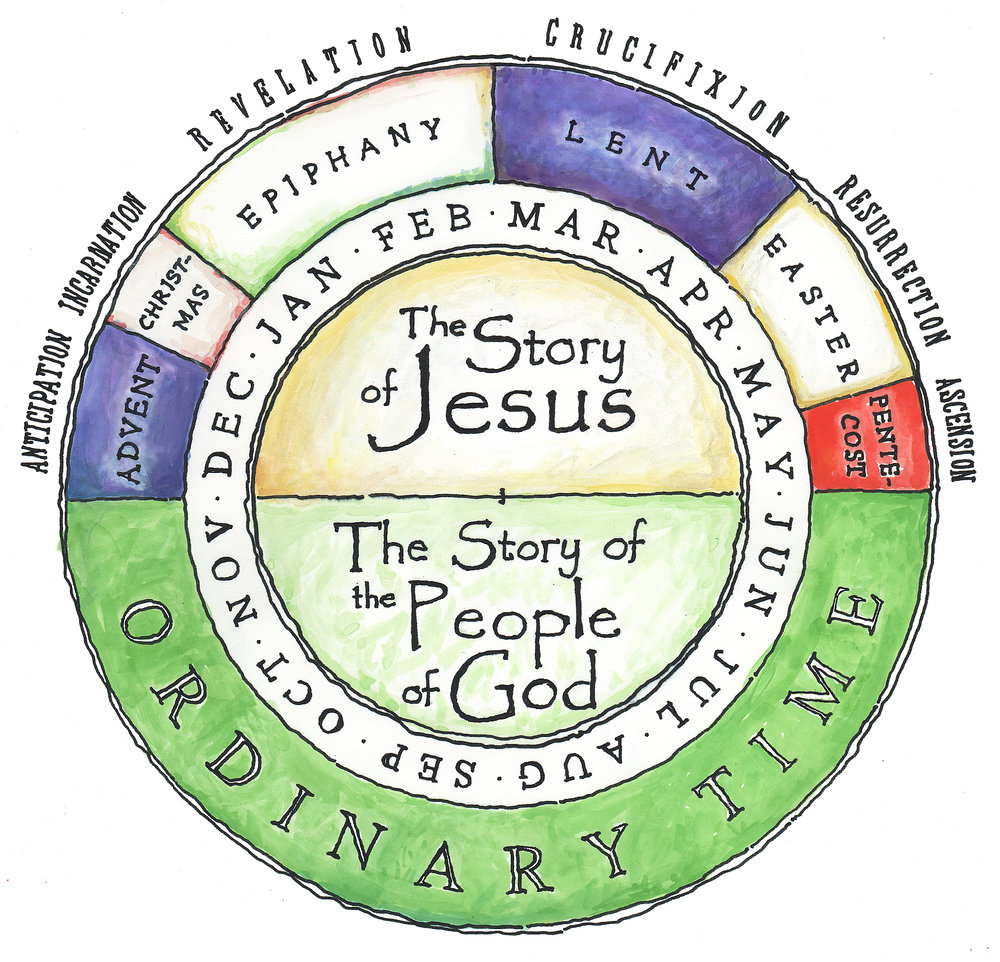