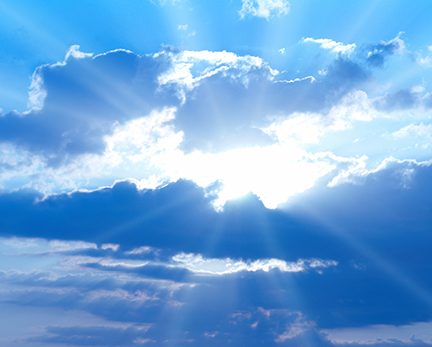 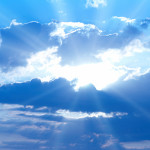 But we see him who for a little while was made lower than the angels, namely Jesus, crowned with glory and honor… Hebrews 2: 9

That is both an amazing, and an amazingly difficult thing to do. To aid us in doing so, the other lections set for today are helpful.

First, David expresses wonder as he contemplates the reflected glory of God seen in the creation itself (Psalm 8).    God’s glory is ‘set…above the heavens’ and yet is reflected wonderfully within the ‘heavens and the earth’. When he reflects on the greatness of that reflected glory he wonders ‘what is man that you are mindful of him, and the son of man that you care for him?’  And yet, he says, ‘you have given him dominion over the works of your hands…’

David wonders at the role and the honor bequeathed to humanity by our Creator; a role and honor which is not eradicated by our fallenness.  We are asked today to contemplate the wonder of that role and honor now absolutely purified and perfected in and by Jesus.  Difficult to do, yes, but not impossible.

Second, turn to the text from Ezekiel and read about the prophet’s encounter with the ‘direct’ glory of God (go ahead and read the entire first chapter and try to imagine the unimaginable).  What is the impact of this encounter with glory?  He fell on his face, and needed the gift of the Spirit of God to be raised to his feet (Ezekiel 2:2).

The direct glory of God is so far above us that it overwhelms us. And yet, we are asked to believe that JESUS now shares in that glory. Take some time today to contemplate and celebrate that fact. That this particular human being, Jesus of Nazareth, now shares fully and truly in the glory of God.

But don’t stop there!  Go on to contemplate that he does so ‘on our behalf and in our place’!  He does so as the Messiah of Israel, the One who embodies and represents the people who were called to embody and represent humanity.  As the exalted Messiah he becomes the Last Adam, the One through whom God gives birth to a new humanity; a new humanity that shares in his glory, even as he shares in the very glory of God.

Take some time today to wonder and rejoice in the Ascension of Jesus.