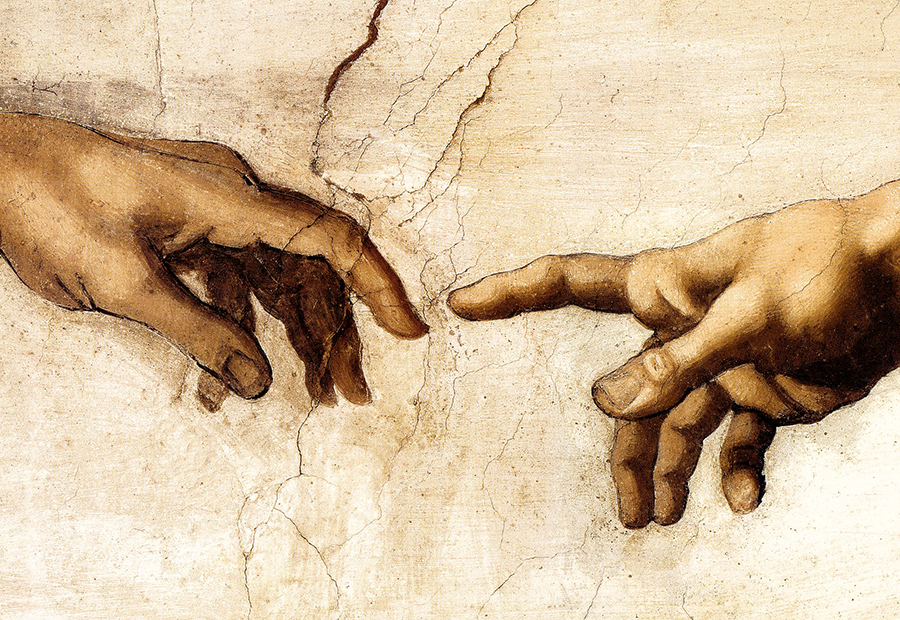 Paul’s Epistle to the Church in Rome is without doubt his greatest and most profound work – but that  also makes it his most complex and dense letter! If you have been faithfully reading through the Daily Office you will know exactly what I am saying. I encourage you to press on in your reading and your reflecting despite the complexities.  There are many wonderful and awe-inspiring surprises waiting for us if we do. Consider today’s text:

We have arrived at chapter 5 and Paul’s great contrast between ‘Adam’ and ‘Christ’ (the ‘Last Adam’).

Paul argues that ‘sin came into the world through one man, and death through sin, and so death spread to all men because all sinned’ (5:12).  And the effect of all of that? ‘Death reigned….’(5:14). There is the horror of the ‘Fall’; through humanity’s folly evil – personified as ‘Death’- not only slips into the creation, but takes over! ‘Death’ usurps the Creator’s rule!

This is truly marvelous news, but then comes the last and great contrast; one which is a glorious surprise!

Paul again states that ‘Death’ reigned through Adam’s folly- (‘For if, because of one man’s trespass, death reigned through that one man…’) –  leading us to expect a counter-balance of ‘Life’ or ‘Christ’ reigning in its stead; but that is not what Paul says:

‘much more will those who receive the abundance of grace and the free gift of righteousness reign in life through the one man Jesus Christ.’

Do you hear what Paul is saying?  It is ‘those who receive the abundance of grace’ through the gospel that will be enabled to ‘reign in life’ – and this, instead of ‘death’ – and all of this ‘through the one man Jesus Christ.’

I would encourage you to carve out some time today and let Paul’s words sink deep down into your soul.

Allow the Spirit of God to confirm this truth to your spirit.

And then go and live your life this day in the light of it.